Gender equality is fundamental human rights and it is important as other human rights. The gender stereotypes obstructing women’s full and equal participation with men economically, socially, and politically. Traditionally, people’s mind-sets reinforce gender stereotypes of men as breadwinners, natural leaders, producers, and combatants, and women as wives, mothers, or reproductive roles. Women are generally unequal in participation, legal rights, economics, education, or other fields. To address the gender inequality issues and promote the gender equality in Myanmar, YCT has been designing, implementing, monitoring, and evaluating the programs and projects from a gender equality and women’s rights perspectives. She Leads program is one of the programs, which addressing and promoting gender equality issue in Myanmar. She Leads program is linkage with community level by building and enhancing the capacity of community people on gender equality and National level by advocating the Government Ministries and concerned stakeholders to develop laws and policies which welfare and development for women. 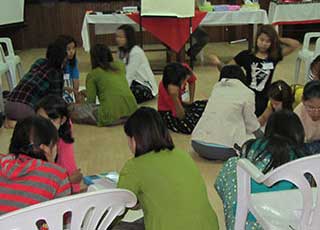 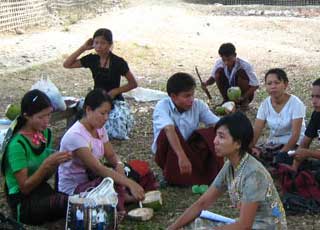